The bond market versus the Fed.  The winner of the battle will go a long way in determining how 2023 will go.  The bond market is saying that inflation is falling and growth is slowing.  The bond market expects that slowing growth and inflation will lead to rate cuts later this year.  The Fed says it’s going to continue to raise rates and then keep rates high.  The economic data has been mixed.  Soft data such as PMIs have been weak.  Hard data such as employment have held up.  Employment numbers continue to be strong with initial jobless claims near record lows.  Unemployment would need to meaningfully increase for a broad recession.  For now, we are witnessing certain sectors feel pain, such as technology.  While other sectors such as industrials, energy, and travel showing strong growth.  The battle between the bond market and the Fed shows up in the yield curve.  Parts of the curve are the most inverted since the early 1980s.  An inverted yield curve often forecasts a recession.  However, in this case it could reflect more that inflation is coming down.  5-year break-evens are down to 2.30%.  The March Fed meeting is potentially when the battle comes to a head, as we will find out at this meeting if the Fed intends to pause or “keep at it”. 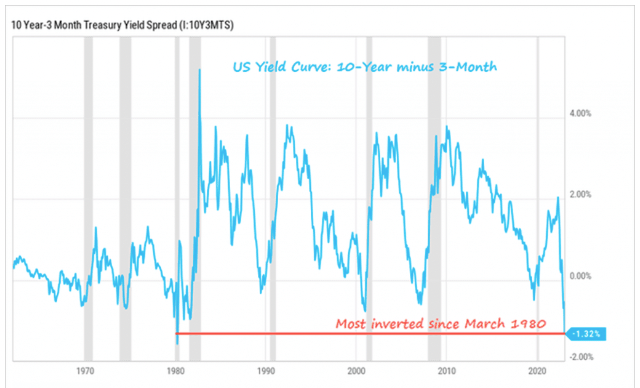 The rally thus far this year, especially in many speculative stocks, appears to be short-covering.  There were days during the month that were the biggest short covering days since June, according to Goldman Sachs.  The most shorted tech stocks nearly doubled the performance of the Nasdaq 100.  Overall, the most shorted stocks are up on average 30% YTD.  It is unlikely that these stocks will be leadership.  Leadership for the year still remains unclear.  There are a few candidates emerging.  On the growth side, biotech looks interesting.  It is the cheapest growth sector at just 12x cash flow.  Much of the universe trades below cash value, we have started to see some M&A, and the sector is at the forefront of major innovation.  From a technical perspective, biotech looks to be breaking out of a months long base.  Emerging markets are another candidate, behind China’s reopening, dollar weakness, and cheap valuation (11.3x).  Cheap cyclicals, energy, materials, industrials, and financials are another candidate.  Banks with strong net interest margin, cheap valuation (8.8x) and upside when capital markets return, have recently shown strength.  The first step in market stabilization is short covering.  The next step is increasing positioning.  Positioning is still very low, especially in the new leaders’ candidates.  The combination of certain breadth measures triggered during the month, the S&P breaking the downtrend line, the S&P rising above the 200D moving average, the advance / decline line rising, and the VIX remaining contained could soon spark positioning being put on, especially among the quants, vol-targeting strategies, and CTAs. 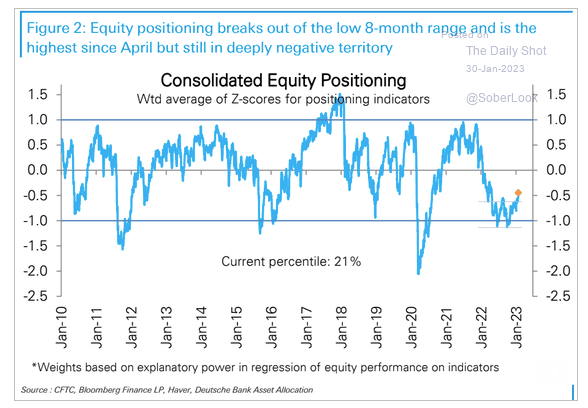 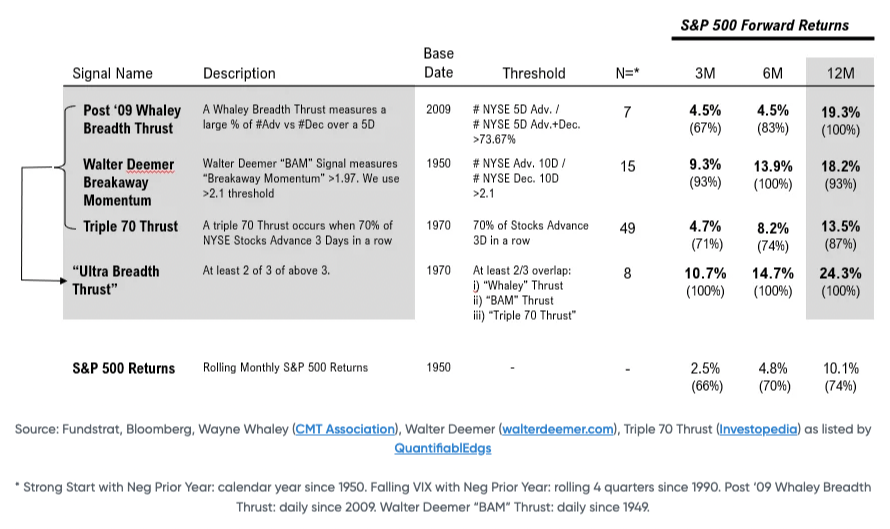 While positioning overall is low, positioning in defensive sectors is very high.  Consumer staples and utilities particularly stand out.  Consumer staples trade at 21x earnings for GDP-like growth and only a 2.5% yield.  Similarly, utilities trade at 20x earnings for a 3% yield.  This is over a 30% premium to the equal-weighted S&P.  It seems that a better way for defensive exposure is bonds, which give you a 4% yield on the two-year.  The dispersion in valuation among sectors is a major issue for passive index investors.  Especially if rates remain high, valuation will be critical.  If you take the defensive sectors (staples, utilities, and real estate) and the growth sectors (tech, discretionary, and communication services) that is 57% of the S&P.  That 57% of the S&P trades on a weighted average of 21.2x.  That is a significant premium when you consider that small caps trade at just 13x and equal-weighted SPX at 15x.  Apple and Microsoft are still more than double the entire energy sector.  The market cap of these two stocks is 30% greater than the entire energy and materials sectors.  Passive investors are making a big bet that rates will go lower.  Lower rates could justify the 21.2x.  They are also likely making a bet that we are going into a goldilocks environment.  It seems like a risky bet. 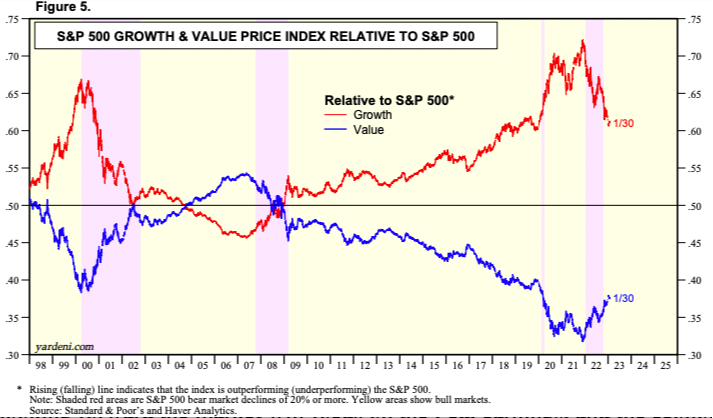 Looking forward the market will focus on the Fed, earnings, and the economic data.