The Fed took rates up another 75 basis points.  The Fed essentially got rid of forward guidance. Instead, it will go meeting to meeting and be data dependent.  The 2-year at 2.88% indicates that we are close to the end of this hiking cycle.  While headline CPI continues to be very hot, the market is looking at leading data, market-based measures, and soft data that are all saying that inflation is likely to moderate.  We have seen a wide range of data show moderating inflation from commodity prices, used-car prices, shipping rates and backlogs, mortgage applications, retail inventory levels, money supply, and ISM prices paid.  This has been reflected in market-based measures.  5-year breakevens are now lower on the year at 2.7%.  Moderating inflation has come from contracting economic growth.  We have seen initial jobless claims move up from 168k to 256k since April.  A number of large companies have announced slower hiring, hiring freezes, and job cuts.  ISMs are headed into contraction.  That said, the economy is working with a cushion.  Unemployment remains low, jobs are plentiful, wages are steady, and household leverage is the lowest in 50-years. 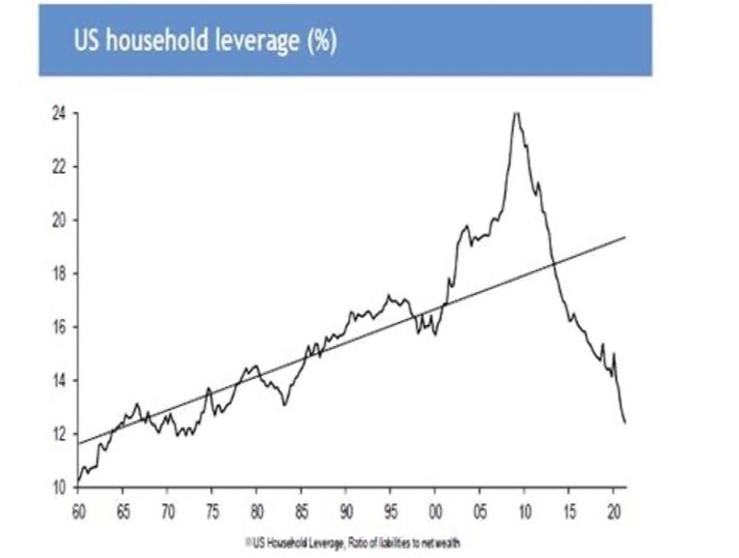 While it is not difficult to be negative, it is also important to keep in mind that market rallies can happen quickly.  Especially when you consider current positioning.  According to Bank of America’s fund manager’s survey, risk levels are at levels last witnessed during the Great Financial Crisis.  In the current market structure, the sequence of a rally will start with short covering.  This can be quite powerful, as short positioning is at record levels, according to the CFTC.  Corporate buybacks are a consistent bid in the market.  There is about $1.1 trillion in corporate demand for equities.  As this occurs, and as the S&P hits certain levels, CTA demand comes into place.  In particular, above 4070, according to Nomura, CTA signals switch to long momentum.  According to JPM, that should represent about $250bn in demand for equities.  The next in line to buy are the vol-targeting funds, as stabilization in the equity market will bring down volatility.  Finally, you start to have discretionary funds, retail, long-only come in and add more fuel to the rally.  Outside of buybacks, JPM estimates that there is about $1.3 trillion in demand for equities for the second half of the year.  FOMO is a powerful force in markets. 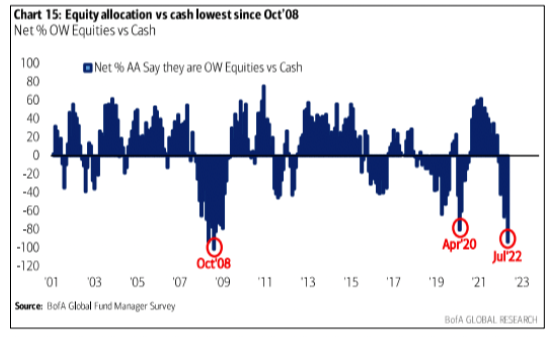 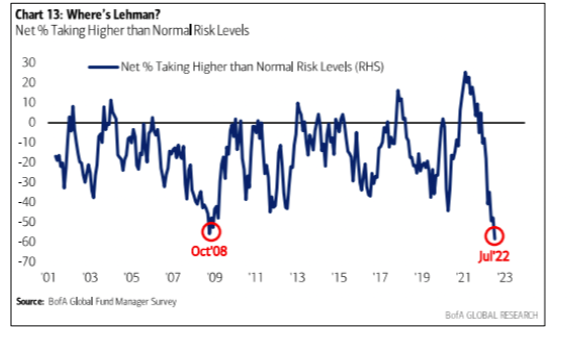 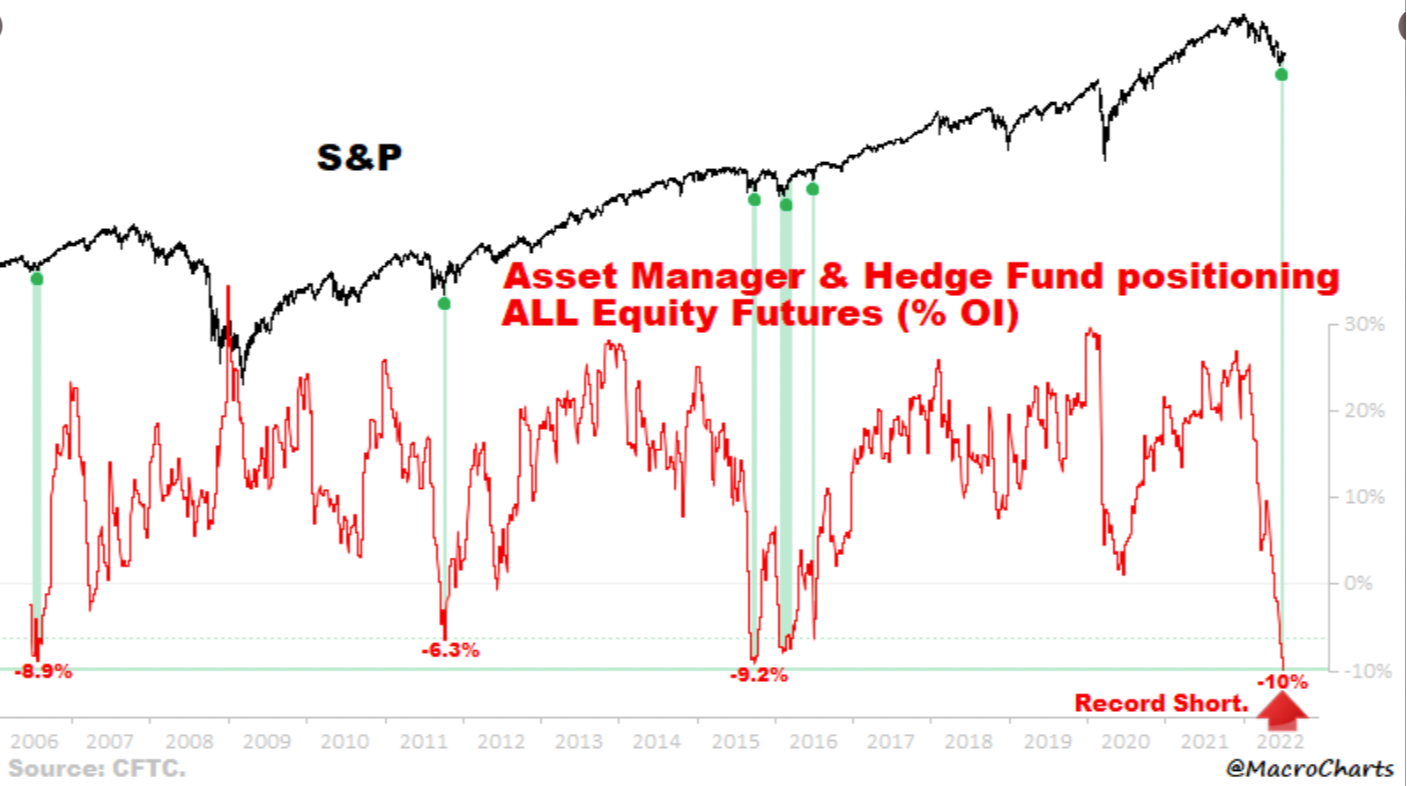 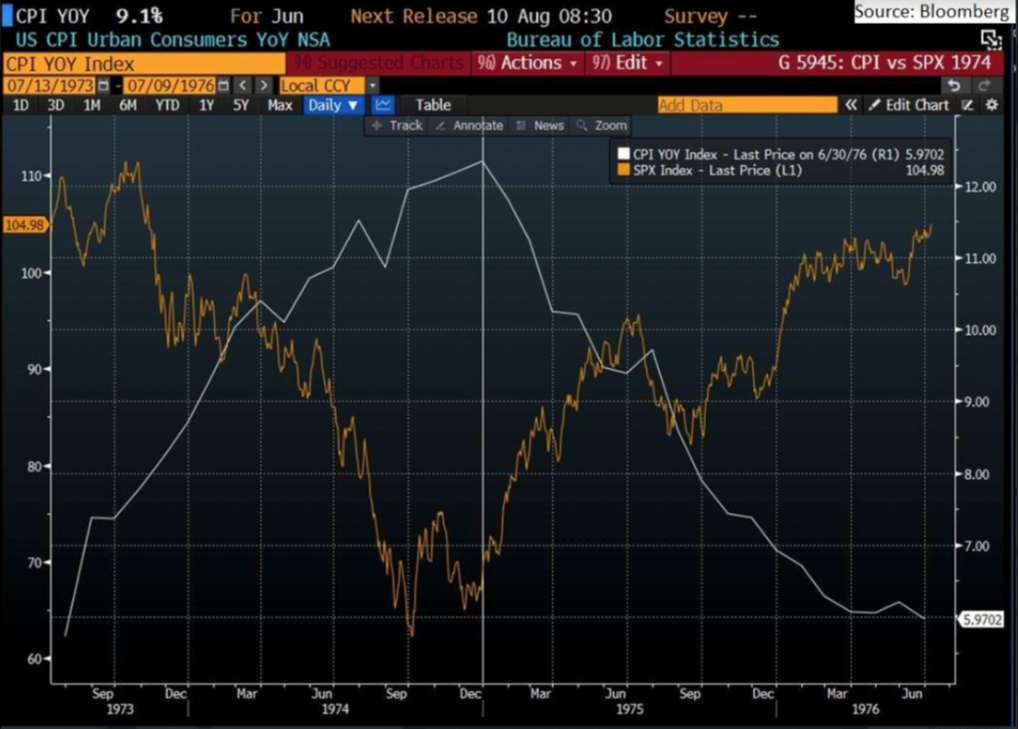 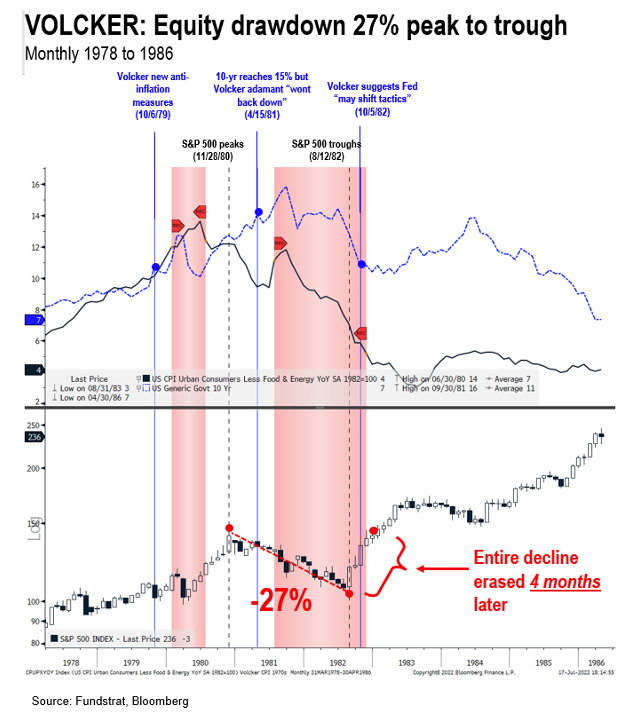 Earnings thus far have been mixed, but generally better than feared.  Earnings are up 6.0% versus an expected growth rate of 4.0% on June 30th.  73% of companies that have reported have beat estimates.  It is important to remember that earnings are nominal.  We have seen certain situations in which companies have missed or issued poor guidance as clearing events for the stocks.  Microsoft, Google, Boeing, Spotify, Micron, JP Morgan, Wells Fargo, Honeywell, Whirlpool, McDonald’s, Shopify, and HCA as examples.  There have been other instances such as Walmart, Meta (Facebook), General Motors, Snap, Qualcomm, ServiceNow, Comcast, Procter & Gamble, Edward Lifesciences, Teladoc, Stanley Black and Decker, Garmin, where earnings or guidance caused a further re-rating of the stock.  Importantly, most of these stocks did not take out lows from earlier in the year, indicating that it will take incrementally more bad news for further re-rating.

Looking forward, the market will focus on economic data, the Fed’s Jackson Hole gathering, earnings, and the latest in geopolitics.